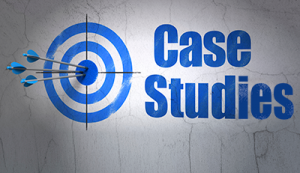 Our client, the Father, heard on the grapevine that his newly separated wife and newborn were going to leave Australia to a country not part of the Geneva Convention. Prior to separation, they had intentions to travel overseas, so that the extended family could meet their new baby. This is why our client consented to the child’s passport.To ensure that his ex-spouse and newborn baby did not leave Australia, our client came into our offices and spoke to one of our senior family law solicitors. After giving him the preliminary advice needed, he made the decision to instruct Platinum Lawyers and make an urgent application in the Federal Circuit Court to place his newborn on the Airport Watch List. We also helped our client to file and send the AFP Watch List application form. Within days of filing, we received information that the Mother did indeed attempt to leave Australia without our client’s knowledge or consent.Lucky our client and Platinum Lawyers acted fast, or he would have never seen his child again.

I was married for 6 months and separated from my partner for 2 years, I wanted a solicitor to make sure I got the best lawyers to represent me and wanted this to go away as soon as possible. Family Lawyers made sure that they the matter go as smoothly as possible and it did. My matter finalised on the first occasion it was in court and got the result I wanted, I recommend Family Lawyers to anyone.

I had a property dispute where my husband wanted to take everything and leave me with nothing. I was so worried that I would be left with nothing that I sought legal advice from Family Lawyers they made sure I was not left with nothing and negotiated with the other side, they commenced proceedings against my ex-husband and the matter was finalised in a matter of months, they were very professional and knew what they were doing.

I had a fight with my wife and broke her phone I was charged for Damaging Property and had an AVO placed on me. I approached Family Lawyers and told me because of my clean record there is a high chance I will receive a section 10 and the AVO will be enforced for 12 months. I got the result I wanted with the best legal team.

My ex-husband wanted full custody of my children and for me to have nothing to do with them. I went to Platinum Lawyers for some advice they told me that of my rights, we went to court and the matter was settled. The Judge made orders for me to see my kids and now we have a more meaningful relationship. Thank you Platinum Lawyers.